The security guard came over to us a minute later.

He said the Rav is on the security TV monitor. We all went to look and there was the Rav! I took a picture.

Look at top left screen, right side of frame. It’s just like the Rav picture at Rosh Hashanah two years ago!

I superimposed an actual picture of the Rav over the original, untouched photo. See all three below: 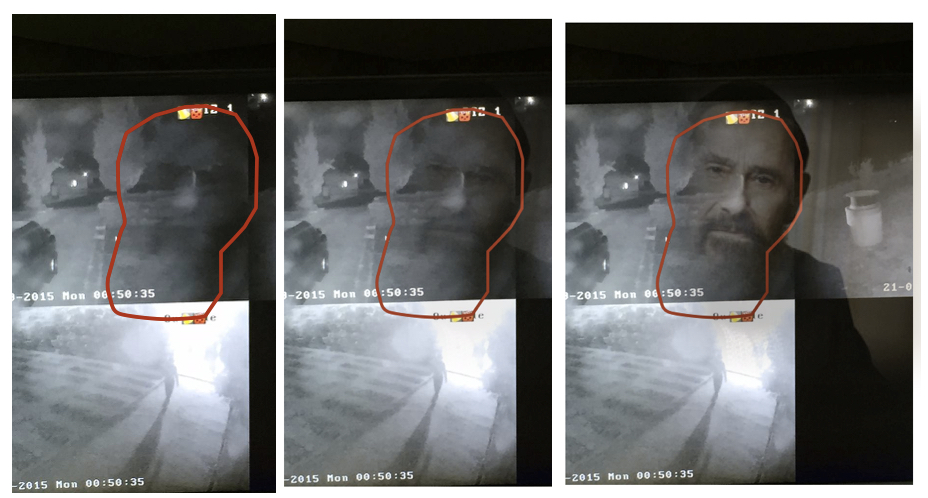 Anyway, I then go directly back to the Rav’s tomb and check my phone and the clock reads 1:37am.

I cannot go into details but please read my article on 137 on this blog. Read about 137 in Rav’s Nano book. I wore 137 on all my hats when I lectured at NASA on two separate occasions about science and Kabbalah.

When I arrived at the Rav’s tomb two nights ago after traveling 20 straight hours, when we walked into the cave, I opened my phone and the time was 3:17am!

I said to my wife and kids, “Look, 137 again– same digits!” And now, tonight, there it was only seconds after seeing the Rav appear on the security monitor in the cave. Except now it was 1:37 exactly.

There are lots more 137 connections I have personally with the Rav. It’s the magic number of physics and this number will soon help unify physics and Kabbalah. By the way, the great Kabbalist, The Genius of Vilna, (Vilna Gaon) says that unifying science and Kabbalah is the key to bringing forth the final redemption and Messiah!

Anyway, the connection was amazing tonight and this picture is absolutely awesome.