Monday night Karen got permission from security to go a special site near the Wall in Jerusalem, the closest and highest location to the Dome of the Rock and the ground just above where the actual Holy of Holies resides beneath the earth.

There were clashes with Arabs and Israeli police so it was dangerous to go to certain places. Anyway, we climbed these metal twisting stairs and ascended higher than the top of the Western Wall. Then we entered into these ancient chambers escorted by Israeli security and climbed even more stairs. When we finally reached the top we had a perfect view of the Mosque and the ground directly above the Holy of Holies.

Karen told my wife Marianne that as we climbed the stairs, we were in the exact location where Abraham walked when he took Isaac to the site of the sacrifice.

Below are some pictures and videos of our adventure. The ground above the Holy Holies is between the pillars in front of the Dome of the Rock. Notice how the ground looks almost hazy and shining in both the video and pictures. 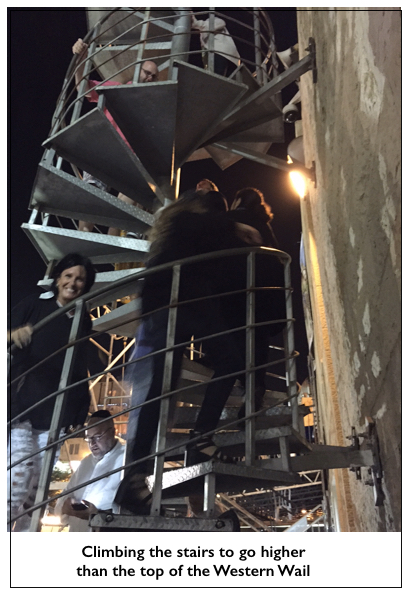 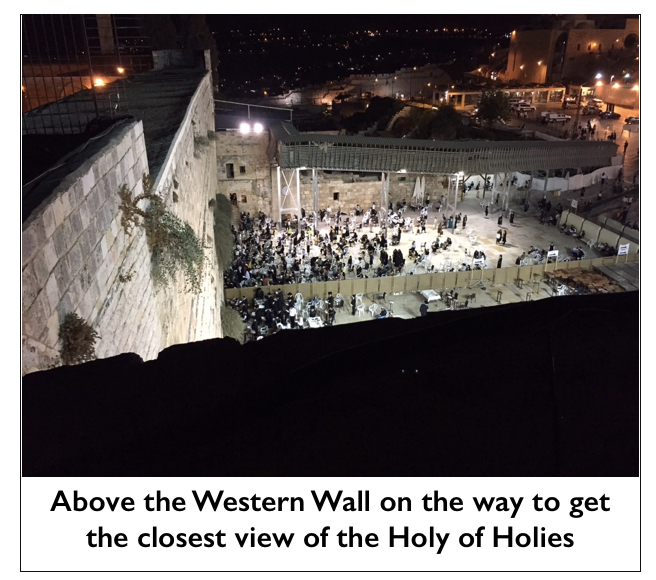 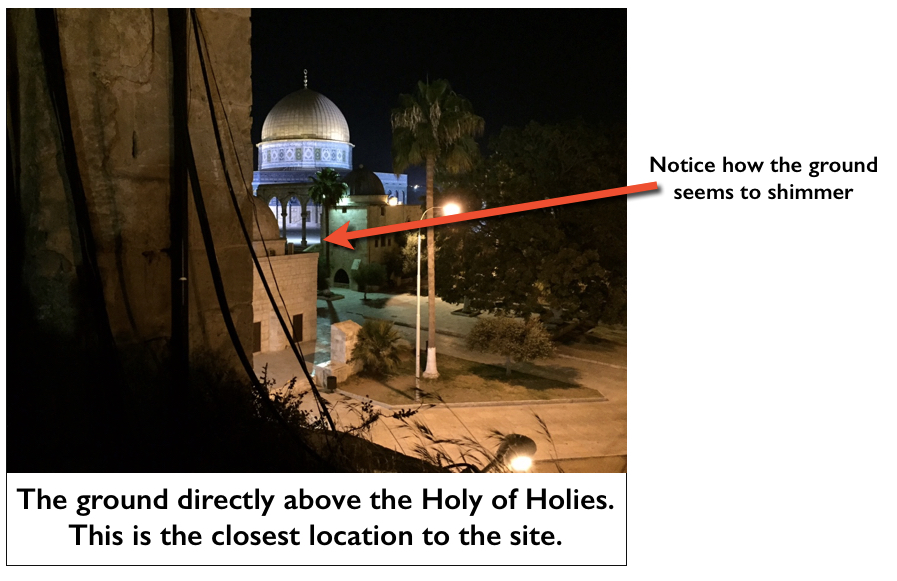