There is a profound difference between intelligence and consciousness. We can intellectually choose to change our behavior in response to the challenges of life. However,  as soon as some difficult external situation erupts, it triggers a response within us and all of our good intentions go out the window.

Despite our desire to change, we don’t. We want to lose weight. But the apple pie on the table triggers a response within us and we gulp it down in three and a half bites.

Intellectually, we decide to curb our anger and reign in our bad temper. But then someone seriously wrongs us and we turn red with rage, blasting the annoying, insulting, individual with our full fury.

Intellect is all about intentions. It does not go any deeper than that.

When we use the technology of Kabbalah to transform our internal character, our consciousness is raised, strengthened and empowered. We do not become smarter and more intelligent. We become purer. We become enlightened.

When our consciousness is elevated and altered, automatically we do not respond or react when something external tries to trigger anger or fear within us. We are different people.

What makes us human is our ability to elevate our consciousness which automatically alters our behavior. This allows us to transform our nature.

And that’s what consciousness is: It’s the ability to go against our inborn nature and our innate impulses, rooted in self-interest. A brilliant physicist might win a Nobel Prize for some epic discovery. But if he or she is ruled by ego, governed by self-interest and enslaved to their innate character, they are considered to be of a low-level of consciousness.

It’s only about internal change. And life is only about achieving high levels of consciousness.

And the only tool and technology that authentically transforms human consciousness is Kabbalah.

This is why Kabbalah was meant for all of humankind.

It makes a Christian a better Christian, a Muslim a better Muslin and an Atheist a better human being.

Most important it makes an Israelite a true channel of Light to shine upon all the nations of the world.

As our consciousness is elevated, we unleash the full power of the human mind. We make contact with the 99 percent reality unleashing new technologies, ideas, imagination and knowledge that will help us build a world of paradise on earth.

All the discoveries that can cure cancer, cure famine, cure disease and death itself, are waiting for us in the 99 percent reality, the source of all wisdom.

But the only way we can access it fully, is to raise our consciousness by removing the self-interest and ego that keeps us imprisoned in a world of hurt.

Therein lies the power of Kabbalah. 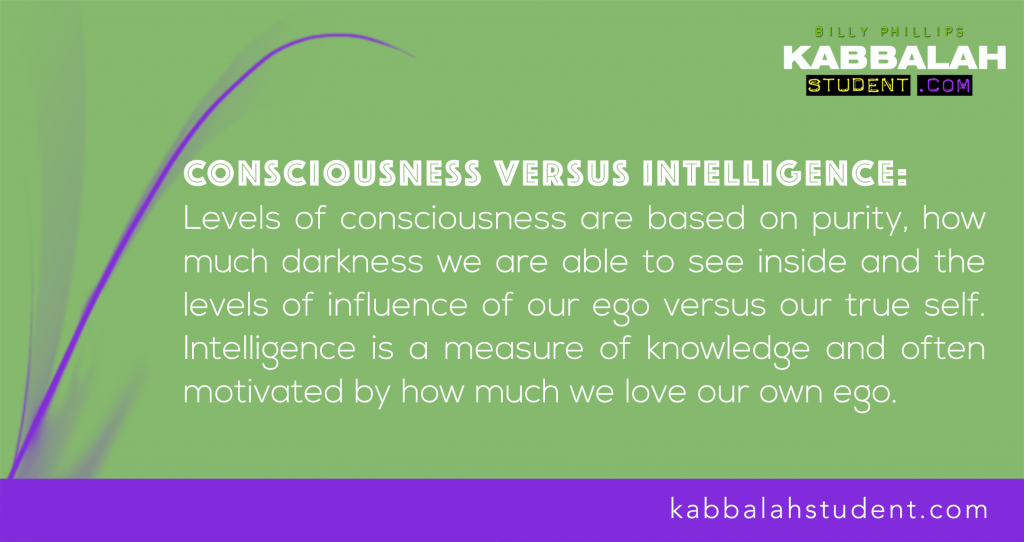