FOOTBALL AND THE ART OF KABBALAH

If you are a football fan and you watched the NFL conference championship games yesterday, you were witness to a profound Kabbalistic truth courtesy of the Seattle Seahawks in their game against the Green Bay Packers.

Seattle was on the verge of losing their game big time. Time had pretty much run out. There was no way conceivable way to win.

And yet, somehow, they pulled off a victory with one miraculous play after another within a short time span that defied the logical.

Quarterback Russell Wilson had the worst game of his career. He threw four interceptions. Yet he emerged a hero in one of the most remarkable turn of events in NFL history. 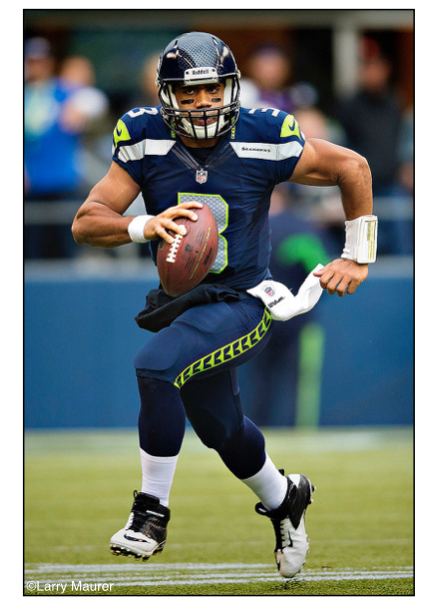 If you want the details of what happened, just visit ESPN or Sports Illustrated. The point that I wanted to share is what Russell Wilson said on national television after the game and in an interview with the Seattle Times, reflecting on his team’s difficult season, and this difficult and impossible-to-win game with time having virtually run out.

We learn in Kabbalah that there is no demon or devil in this world. The word Satan in Hebrew means Adversary or Opponent. And the essence and substance of this Opponent is doubt, according to the Kabbalists from 2000 years ago. The Opponent is opposing our certainty and our ability of mind over matter.

THE PATH OF TORAH, CHRISTIANITY AND ISLAM IS NOT ABOUT RELIGION

There is but one singular solitary bridge to paradise, a bridge that was built at the very moment of creation. The bridge is certainty and the power of human consciousness. And so that bridge lies within the realm of the human mind. What does that mean? Consciousness creates our reality. Period. Science is starting to catch up and confirm what the Kabbalists said twenty centuries ago.

If you doubt and worry and sweat all the obstacles, then what’s in your head is what will come to be (Read that again. And again).

Life is all about the concept of “self-fulfilling prophecies.” In other words, what we believe is the reality we achieve. So if you want to be right about your negative interpretation of an event, you will be. This is why the concepts of “right and wrong” are deadly. We can be right and yet be absolutely miserable. Or, we can be wrong and be authentically happy. It is the ego that strives to always be right. At whatever cost. It is also the ego that strives to cast doubt upon everything in front of our faces.

Here’s a secret held by the Kabbalists for some two thousand years: There is a bridge that leads to the paradise that we all dream about; a world where our loved ones return, where our dreams all come true every moment; a place where we finally realize that this world we are now in is only a dream, a test, a journey that allows us to earn and become the cause of the very paradise we seek.

But right now we don’t know this. We are not allowed to know this. Otherwise, we could never become the true cause. So the memory of true reality and the awareness that our world is just a dream has been erased from our minds the moment before we left the womb.

So what is the bridge that will lead us to remember the truth, and more importantly, lead us to the paradise and true reality that every human being chases after?

What is that bridge that leads us to the promised land of paradise?

It’s not prayers.
It’s not the Sabbath.
It’s not sharing and giving and assisting others or true kindness.

Michael Berg recently explained that the founder of the Kabbalah Centre, Rav Ashlag, revealed this secret bridge to us.

The bridge is our ability to know (not believe because belief implies a trace of doubt) with complete conviction, that the only true and genuine reality is paradise. And perfection. And happiness. And joy. If you are not experiencing all that, it means the problem lies in your consciousness. Certainty beyond Logic means that you have the ability to see, perceive and know that any obstacle, no matter what, can be overcome. It means you know that there is no such thing as darkness or pain within the blazing Light of the Creator.

You see, we all have the Adversary injected into our minds. This is the only obstacle we came to overcome and defeat. This Adversary is simply the human ego. Any doubt, anxiety, fear, worry, pessimism, self-interest, selfishness, greed, anger, rage, or any other emotion that subtracts from our happiness, these are all the Adversary. If we believe in these thoughts, they become real. If we react to these thoughts, they create and conjure up that actual reality. This is our power.

Look around. The entire world believes in their own ego. We are all motivated by ego. And that is why the world burns and bleeds.

The bridge to paradise is defeating every obstacle that prevents us from perceiving and experiencing the paradise that is already here. We don’t really believe paradise is here. Right now. It’s illogical. It’s too good to be true. So the only way we can get there is to have what Michael Berg and Rav Ashlag call, certainty beyond logic.

THE LIGHT IS ALWAYS THERE

Imagine a room filled with sunshine. Now imagine erecting a small circular space with thick blackout curtains. Guess what? We are inside that space of darkness. That is our universe. It’s our world. The sunshine never left. It never abandoned us. It is merely on the other side of the curtain. The curtain is the ego—all those negative thoughts and selfish motivation that compels us into action each day.

Kabbalah explains that there are pinholes of light in that blackout curtain. Those pinholes of light is what sustains us, keeps us alive. Each time we diminish our ego, we puncture another pin hole and more light falls into our space. Any authentic blessings in our life right now, are a result of the pinholes that we have made in the curtain from this life, or past.

Moses was never given a religion on Mount Sinai. He was given tools to eradicate the selfish ego so that we can puncture the curtain and eventually tear it down completely.

It was humankind who warped the technology given to Moses and created a religion. It is religion that created war, conflict, corruption and chaos.

The true purpose of the technology given to Moses was to weaken our ego and strengthen our certainty so that we can build a bridge and get the hell out of this present reality.

The degree of doubt that we experience when facing obstacles is the degree of difficulty we have in conquering an obstacle.

And the degree of doubt is in direct proportion to the amount of ego we have.

Which leads us to another profound truth.

Transformation is never an intellectual decision. Defeating doubt is not something you can think your way out of. The tools of Kabbalah have a purifying effect, a washing away of the layers of negative consciousness that enslave us. This path and the learning of Kabbalistic wisdom is a step-by-step process whose singular net effect is the peeling away of reactive, ego-driven emotions. When a layer of ego is gone certainty comes naturally. Now comes the next level & a stronger test that awakens our doubt.

This is the difference between walking the walk or just talking it. Many people can talk spirituality. Many people can talk Kabbalah and be utterly brilliant in terms of their intellectual grasp. Big deal. That does not mean they changed. It doesn’t mean they accomplished a single thing in terms of the meaning of our existence. Such a person can still be full of ego, their self-righteousness and ego-centricity simply cleverly disguised and hidden.

The only way to change is to use the tools; to use the learning and to walk this insanely challenging path by overcoming doubt. We did not come to this world to become smarter. We came here to become more pure in our consciousness, our nature and our character.  This is what unleashes certainty and conviction. And this is what separates Kabbalah from all other spiritual doctrines and systems. These tools waken the Light that banishes the darkness from our nature. This energy targets our ego. Point blank. And this is why people quit the path. They were expecting to become smarter, wiser, more clever and seriously knowledgable in the sexy secrets of Kabbalah. They didn’t know it was about getting rid of their dumb ego. But that’s what changes the world. Nothing else. Not politics. Not religion. Not blind faith. Not a code of morals and ethics. Only the purifying of the ego via the tools and the unleashing of our certainty.

This is what the prayers, the holidays, actions of sharing and the Sabbath accomplish for us. They diminish doubt by diminishing the influence of the ego. For instance, Passover is not about the liberation of the ancient Israelites from Egypt thirty-four centuries ago. Who cares what happened so long ago? I don’t. Passover is about freeing ourselves from our slavery to doubt, worry, fear—the human ego. By connecting to Passover, or the Sabbath, or prayer or just plain actions of sharing with people, we awaken an actual force, a ray of Light that permeates our consciousness and literally peels away layers of ego and, in turn, the doubts in our mind. The tools are  means to an end, not the end itself.

But without the knowledge of Kabbalah to power up Passover, without the tools of Kabbalah to fire up the engines, Passover becomes a tradition, a family get together that accomplishes zero in terms of the meaning of life. Yes, its fun to get together with family. But sooner or later you have to say good-bye or you have to watch your family suffer. Makes more sense to spend as much time as possible building that bridge so that we never again say goodbye to anyone.

This is why I have taught my own kids the following truth: If you are not quitting the path of Kabbalah at least once a week, or better yet, once a day, you are not growing. Because it’s the ego that wants to quit. It is the ego that doubts everything. And when you overcome that compulsion and desire to doubt and quit, you weaken the ego and enhance certainty.

And once that ego is weakened and transformed 100%, perfect certainty becomes our  natural state of consciousness.

And that means we have built our bridge to paradise.