THE LIGHT OF ZOHAR IN NORTH AND SOUTH KOREA

Recently, we completed a top secret mission to place a Zohar in North Korea. I could not talk about while it was happening. But today we can share some news.

I was fortunate to have a “friend” visit South Korea. He is well-connected with the South Korean officials. The plan was to place The Zohar in North Korea and he was confident he could do it.

Yehuda Berg had already secretly translated the Zohar into the Korean Language. Below is the Korean Zohar that Yehuda had brilliantly made. And this is actual FedEx package my wife Marianne had sent to our “friend” in South Korea. 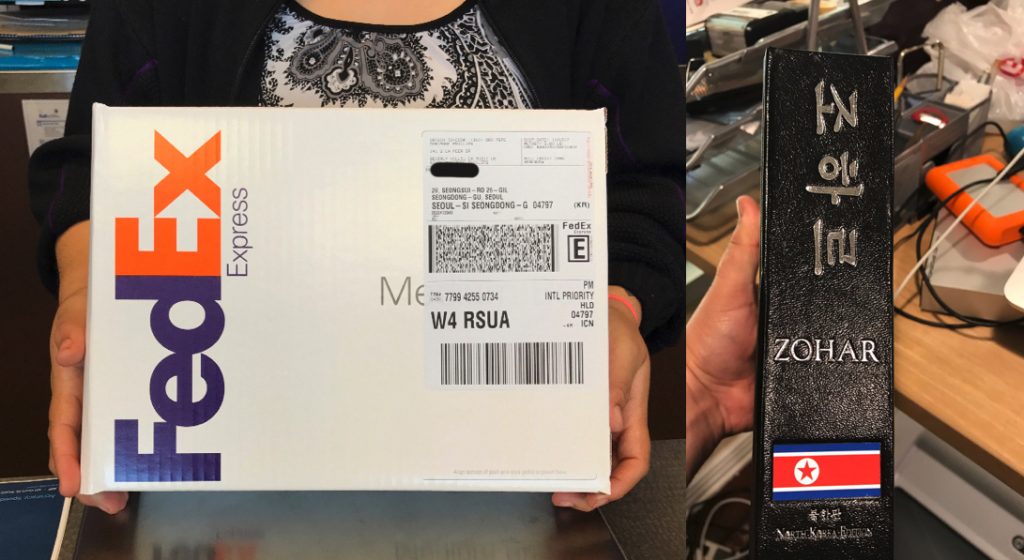 This morning my “friend” texted me all excited by the developing peace between the North and South.

I told him what the Rav told me: Never say Wow. It means you did not have certainty!

Here is the interesting part:

Okay. No worries. I told him not to be disappointed. The Light works in strange ways. There was a reason why the Korean Zohar ended up in South Korea.

A few days later, my friend returned to Seoul and he finally had the opportunity to make contact with North Korea. So he gave his own personal pocket Pinchas Zohar to his North Korean contact and it was placed in North Korea!

And now, today’s headline in the New York Times makes perfect sense. We were focusing too much on North Korea, not realizing, South Korea also needed Light and the unity of North and South Korea is also important for peace. 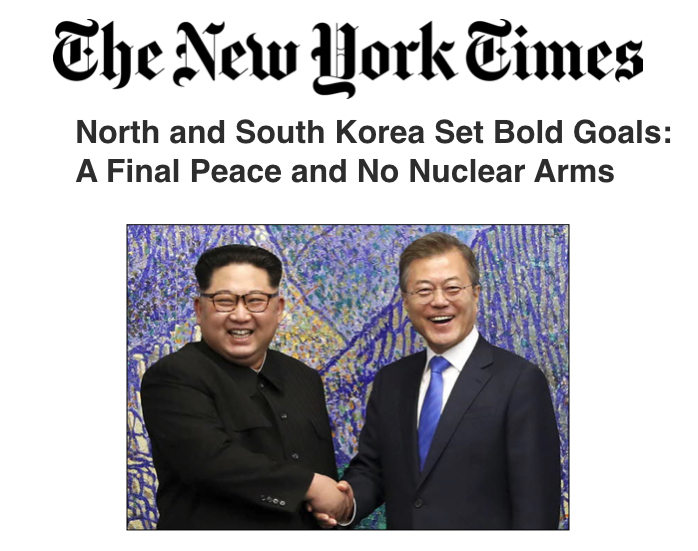 When we work on any project that involved sharing the Zohar, I reminded myself that I must always leave room for the Light to guide us, even if it does not make sense at the beginning.

And so, as we share the Zohar, the Kabbalists and the Zohar itself guarantee us that those who connect to it, we will arrive at the redemption with mercy and blessings as opposed to judgment. And as we prepare to launch the Jesus and Kabbalah Zohar Course, I am also reminded of what many Kabbalists say: When the truth about the Kabbalistic concept of Son of God and the secrets about Jesus’ authentic teachings are revealed to the world, we are at the end of chaos and death, and the arrival of the perfected world, code name “Messiah” or “World to Come.”

If you want to register for really cool updates about the upcoming Jesus Zohar Course, enter your email address here: http://bit.ly/riddlejesuszohar

This picture above is a code that explains WHY the authentic secret teachings of Jesus were hidden from the masses and only revealed to Jesus' closest disciples. The answer to the cryptogram above will be sent out to all registered emails.