THE BIZARRE BEHAVIOR OF LIGHT

Science tells us that when you observe a photon of light (a photon is simply a particle of light) it affects the behavior of another entangled photon over vast distances of space instantly. Einstein called this “spooky action at a distance” and it bothered him deeply because it suggested that information was traveling from one photon to another faster than the speed of light. And Einstein had already showed the nothing can travel faster than the speed of light.

This is driving physicists nuts. How can “information” travel faster than the speed of light and how can the present affect the past? 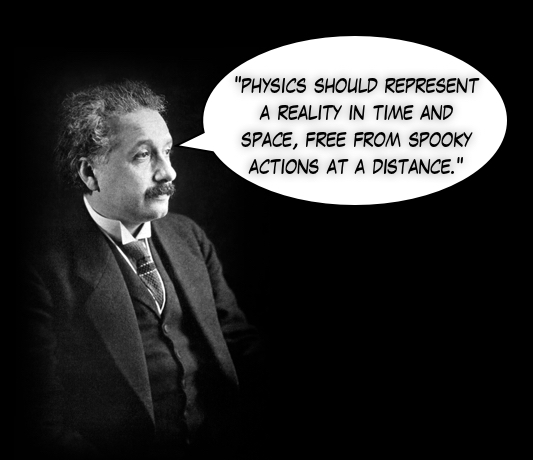 Enter Kabbalah for a simple answer.

Einstein was right. Nothing travels faster than the speed of light. That’s because nothing is traveling at all. The “information is already there!

The two photons are one.

Everything is interconnected as one on a deeper, hidden level of existence. Physicists are merely poking a hole in the “software” that runs this illusionary, virtual reality that we live in, and they are detecting this oneness.

Furthermore, time is also an illusion so there is nothing traveling back in time.

However, in our material, virtual world, we are under the illusions and thus governed by time and space. This is for free will purposes.

So what creates the illusion of time and space in this world?

What’s the software that introduces time and space into our lives?

Ego consciousness, according to Kabbalah, is what conjures up the illusion of time and space, delaying our redemption and creating separation between our present moment and the future paradise.

The way to bring the future into the present is to remove ego.

And the way to fix the past is to change in the present.

So constant character change and transformation of our ego is how we affect the past and the future so that the present moment can conceive the paradise that is our destiny.

This is what the Zohar calls “Messiah.”

Now we can understand why Kabbalah was called mysticism for twenty centuries.