Science cannot see the truth underlying religion and religion cannot see the truth of science. And both fail miserably in providing a method for eradicating the pain from the lives of people simply because both take the Bible literally. The ancient Kabbalists, and the Zohar, tell us that who ever takes the Bible literally, it would be better if such a person had never been born.

That’s how far off the mark the Bible is from understanding reality and transforming it — when it’s taken literally!

A scientist would never take a table or a chair literally when trying to understand the nature of reality. The scientist probes into the wood fibers, then deeper still into the molecules, then atoms, then subatomic particles, and then it will even smash those sub-atomic particles to delve into the very root of reality.

Well, the Bible has a subatomic level as well. It’s called Zohar.

And the “atom smasher” that has the power to explore the deepest level of reality of the Bible is also the Zohar.

The Zohar is the most powerful atom-smasher on earth.

Today, science has merely become another form of religion, exhibiting all the traits of organized religion; narrow-mindedness, arrogance, claiming to own the sole truth of existence, belittling those who disagree, actively promoting, preaching and teaching its tenets and ideas to sway the consciousness of the world to its side.

The sad and tragic part of all this, is that the Zohar — the ancient text that profoundly influenced Isaac Newton, Wilhelm Leibniz, Henry More and all of the great physicists of the scientific revolution — has the power to reconcile and unite science and religion and present an all-embracing truth that absolutely resolves the chaos of life. It  presents a game plan and technology for transforming our world into one of authentic peace and longevity and the deepest of fulfillment. Beyond what a scientist or religionist would even dare to imagine.

There is a way to resolve the science-religion debate. There always has been. But egocentric impulses, the lust for power and the relentless craving for control over others, has prevented the Zohar from reaching ordinary people. Blood has been spilled in the effort to keep the Zohar from reaching all people. War, genocide, famine, poverty and even natural disasters are the result.

THE COSMOLOGY OF KABBALAH

The Zohar said the universe exists in ten and twenty-six dimensions twenty centuries before the physicists who brought us superstring theory.

The Zohar said true reality is timeless, without space or motion, before Einstein’s Theory of Relativity.

The Zohar said the world was round, with seven continents and different time zones, 1500 years before Columbus (who had the Zohar courtesy of Abraham Zacuto. Look him up).

The Zohar explained evolution in such stunning fashion that it dignifies and unites science and true religion (not organized religion) in a manner that leaves you breathless by its simplicity and a bit foolish for having debated this issue  for so long, when in fact, there is no debate, once you grasp the Zohar. 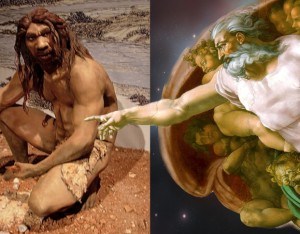 The Zohar said matter is really made up of energy in the form of “heaps of waves” and that matter and waves are two sides of one coin called reality, long before quantum physics appeared on the landscape of science.

The Zohar said these waves of energy are really made up of consciousness, thought, the brainwaves of God, radiating from the Light that shines from the Creator.

Consciousness is the root of our reality.

When scientists can expand their own consciousness to the point where it’s free of ego and self-interest, they will be ready to reconcile, with dignity, the science-spirituality debate. When religionists shed their ego and narrow-mindedness that results from a literal reading of the Bible, they will be able to see the stunning truth of science and physics, and realize God created the scientist and the religionist, which means there’s a stunning message there waiting to be unraveled.

The Zohar embraces physics and true religion (not organized religion) and brings them together as two sides of one coin called paradise.

If we want paradise, we need to unite the two.

The one obstacle is ego. You see, a scientist or a religionist doesn’t want the truth. At least, not as their first priority. First, they want careers, success, money, power, control, and the propagation of their own views and belief systems. Guess what? That is by design of God. We are all created with massive egos and relentless self-interest on purpose.

So that we could earn the paradise that is our destiny, earn the truth that underlies science and religion. We are supposed to overcome our prejudices and selfish, narrow-minded opinions in order to strive and work hard at uncovering the simple unity that unites all the wisdom of mankind. We have to work hard at separating out the layers of stupidity, corruption and literal misunderstandings that exist in both arenas.

The Zohar says when science and spirituality come together, the redemption of mankind will take place. The world will end death and chaos and war and peace and biological immortality will arrive. 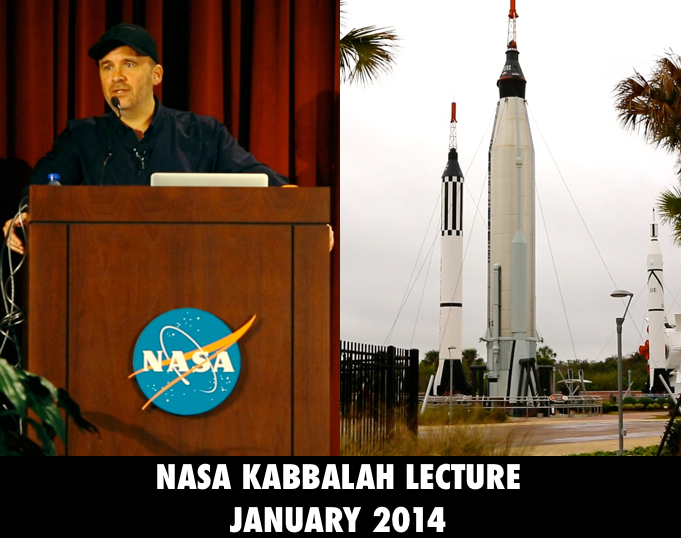 Now ask yourself this: Who in the world of science is prepared to face the ridicule of their peers for opening up the Zohar in the search for peace and scientific truth? Who in religion is willing to peer into Kabbalah to find the root of their own religion, be it Christianity, Torah or Islam, and find the ultimate truth that respects all religions and confirms science?

I recently gave a lecture NASA’s Kennedy Space Centre. One physicist ran over at the end of it literally freaking out about the Zohar’s insights into creation and reality.

I invited all the scientists and people in that lecture hall to call anytime so that we can share the Zohar’s teachings and deliver a true, Grand Unified Theory. After all, the Zohar ignited the scientific revolution of the 17th century  when the physicists of the renaissance opened up the Zohar.

The great astronomers of the Middle Ages, men who have craters named on the moon after them, these were all Kabbalists who knew the wisdom of Zohar.

So why not again in our day?

So far, no one has taken me up on the invitation. Clearly, there is more work to be done.

But we are so close to the end. Truly close.

The Zohar says we must unite science and spirituality and remove the enmity that exists between people, between enemies and between belief systems.

Everyone owns a portion of the truth, like a piece of a picture puzzle.  The Zohar is the map that shows us how to connect all the puzzle pieces.

When we do, a new world will dawn.