JESUS, RABBI SHIMON AND THE OPPOSITION TO THE ZOHAR

What’s one of the real reasons behind the 2000 year old opposition to the spreading of Kabbalah? Why were rabbis, scholars and certain elites of the academic and religious establishments throughout history adamantly opposed to the Zohar and thoroughly dedicated to keeping it out of the hands of regular people? And why has the Zohar been censored throughout history?

There are actual texts from this great book of Light that were edited out, censoring the truths and the Light that the Zohar was sharing with humankind.

For instance, below is the most famous English translation of the Zohar. It was published by the Soncino Press. It concerns the next Torah portion (for the week of Sunday May 15, 2016), which is called Behar.

The printers and editors purposely left out paragraphs and sections.

Thanks to the esteemed Kabbalist, Rav Yehuda Ashlag, who translated the Zohar from its original Aramaic into Hebrew, and upon the blood, sweat and tears of Kabbalist Rav Berg and Karen Berg who published and disseminated the sacred Zohar all over this world, we now can peek at the missing text and discover why so many people in the religious and academic establishment feared the Zohar.

The text is self-explanatory. It defines the meaning of the phrase “Son of God”. It explains why a “Son of God” is considered the “only” Son of God. And it reveals the origin of Christianity’s belief that Jesus was the Son of God and that Jesus and God were as one.

It is absolutely not surprising that Jesus was known as the Son of God. He was a Kabbalist! All the Kabbalists had achieved this rank. Because as the Zohar explains below, the one who masters Kabbalah attains a level of spirituality that is designated, “The Son of the Holy One.” This section of Zohar in the portion of Behar is called “The Secret of the Servant and the Secret of The Son.”

This section was kept secret for centuries.

Read the long-lost missing Zohar yourself and discover how it explains and resolves all these mysteries. Read it a few times. Contemplate it. There are curtains in the world and in our very own consciousness that try to prevent us from grasping with perfect clarity the secret that is right in front of our noses the whole time.

As I make mention in the lectures on Christianity, Jesus and Kabbalah, the Kabbalists tell us that Jesus’ purpose was to bring these secrets of Torah to all the pagan nations. There was no Christianity at the time. The pagan and gentile nations were suffering terribly. The Torah and the secrets and soul of Torah, the Zohar, had the power to redeem those nations and save them from their misery.

But the rabbinical and religious establishment had ratted out the Kabbalists to the Roman Empire for trying to spread Kabbalah. Not only was Jesus hung but Rabbi Akiva, the teacher of Rabbi Shimon, the author of the Zohar, was skinned alive with scorching hot iron combs. Nine other Kabbalists were slaughtered like lambs in a scene reminiscent of the film The Godfather, when Michael Corleone orchestrated the assassination of the heads of all the Five Crime Families in order to consolidate his power.

That’s what happened 2000 years ago. And that is also why the Holy Temple in Jerusalem was sacked. The religious-minded (aka the narrow-minded and selfish-minded) had kept their control over the masses so that they could profit, as did the negative people who instigated the Golden Calf incident back on Mount Sinai.

The Temple and the Kabbalists and the Torah had the power to bring the Messiah and immortality to the world at that juncture in history. Kabbalists Rav Berg told me that Mount Sinai was the opportunity for Revelation One. We blew it with the building of the Golden Calf, which was really our lack of certainty in the power of the Light and our own consciousness. We listened to the negative voices and immortality was lost.

The Rav said 2000 years was Revelation Two, a second opportunity to rid the world of darkness and death.

But we blew it again.

And for the last twenty centuries we have been paying the price.

The great Kabbalist Rav Moses David Valle (who was the potential Messiah son of David in his generation) states the following: 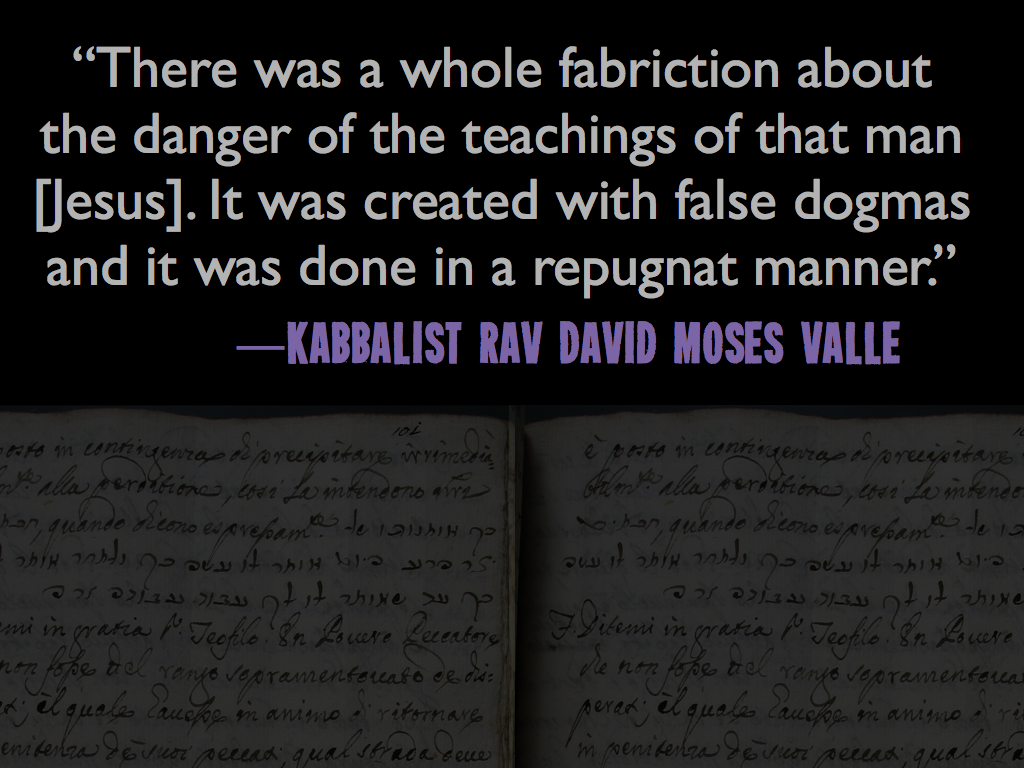 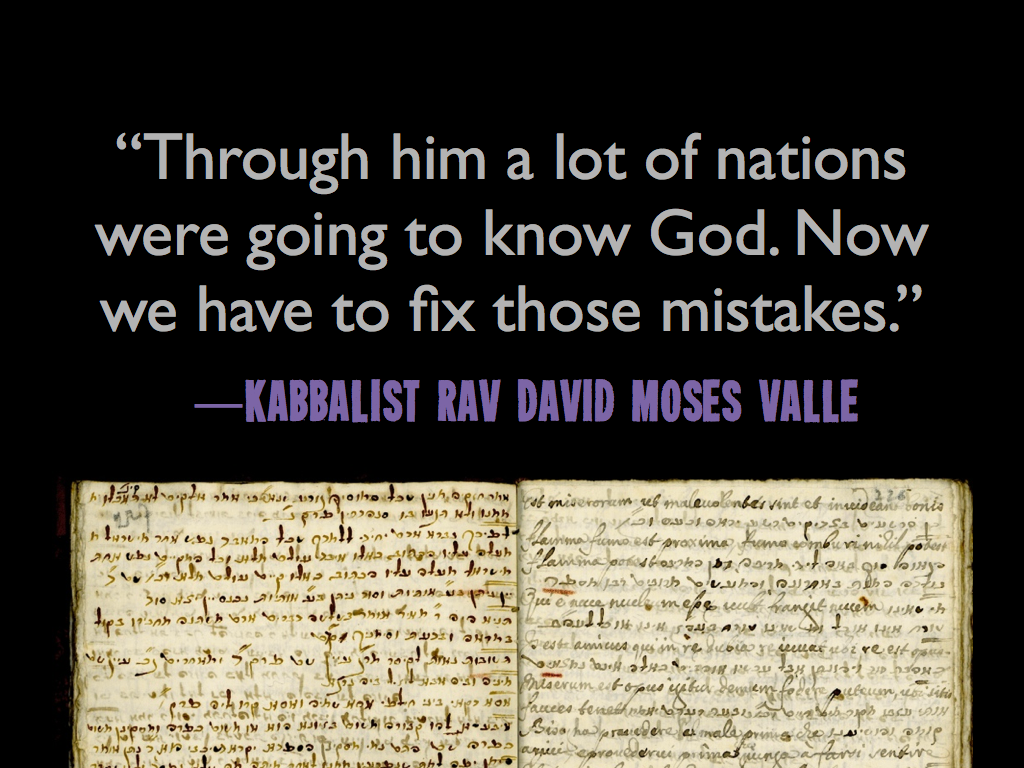 The role of the Israelites is to transform their own internal, ugly ego and become beacons of Light for all the nations. To share the inner Light and soul of Torah—The Zohar—with all nations in order to remove their chaos and pain and suffering.

16th century Kabbalist Rav Isaac Luria states that the only reason the Israelites are in exile among all the other nations is to share that Light. If we fail to change ourselves and share Zohar, then those nations will persecute us to no end. That is a stunning insight. Because 99.999 percent of Jews believe we are being punished and forced to live among all the foreign nations.

Rav Isaac Luria says we are NOT in exile to undergo punishment. We are in exile to raise the sparks, raise the lives, elevate the consciousness and raise the livings standards of all peoples, of all nations and races through the raw energy and blazing Light of Zohar. If we fail, THEN we experience punishment, which is merely the darkness that we ourselves created by leaving the “Light switch” in the off position.

This week, through the scintillating power of the Zohar, let us work to change ourselves, identifying our own negative traits that we need to eradicate so that we may shine our energy upon our friends and enemies. Because that is how we banish the whole idea of an enemy.

As Rav Berg teaches, if we destroy our enemy, we are fighting darkness with darkness. The result is temporary victory and long-term darkness and suffering for everyone.

When we give Light to our so-called enemies, miracles occur, and they transform into our most ardent, loving and passionate supporters, brothers and sisters.

Only the ego will tell you otherwise.