THE ECLIPSE, THE ZOHAR, AND SAVING COLUMBUS’ LIFE

With the solar eclipse coming this Monday, I thought it would be timely to mention how a great Kabbalist saved the life of Christopher Columbus during one of his harrowing journeys to the New World.

The Kabbalist was Abraham Zacuto, who by the way, has a crater named after him on the moon. It’s called the Zagut Crater. Zacuto was an avid scholar of the Zohar and thus knew many of its secrets. And he was a friend to Columbus.

Zacuto promoted Columbus’ voyage to the new world, telling the Spanish Royal Court know that the earth was indeed round, and not flat. Zacuto knew the world was round because he read it in his Zohar! As we know, the Zohar says “the world is round, like a ball so that some 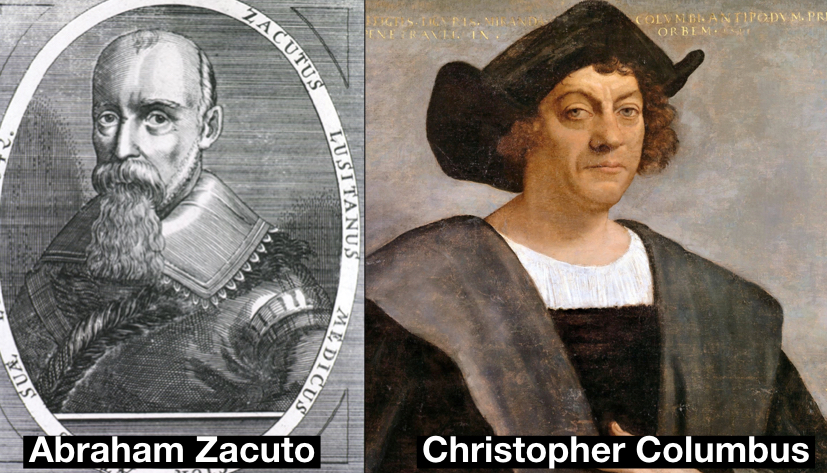 people are up and some people appear upside down. When it is day for some people, it is night for others.” And the Zohar said “There are seven seas and seven continents…and there are places on earth where the sun shines for most of the day but at times it is mostly dark.”

Zacuto, in his writings, said, “The Zohar enlightens the entire world. The Zohar is the study of Light, which includes all the secrets.”

The late professor, Harry Gershenowitz said to me once during an interview: “The Zohar is what influenced both Zacuto and Columbus by providing knowledge of a round earth and the idea of many geographical continents.”

The natives were hostile. The refused to provide food and other provisions to Columbus and his crew. The men were on the verge of sickness and starvation.

Columbus reviewed Zacuto’s astronomical tables and saw that a lunar eclipse was going to take place on March 1. Columbus summoned the tribal leader and said that Columbus’ God was unhappy with the natives for not sharing food with Columbus. He said that his God would block out the moon as proof of his anger.

Sure enough, the lunar eclipse occurred on the March 1, 1504. The natives freaked out. They brought hordes of food and provisions to Columbus, thereby saving his life and the lives of his crew.

Ultimately, the Zohar played a major role in the discovery of the New World because the people who also financed Columbus’ journey were also Kabbalists, including Rav Isaac Abarbanel. They all knew the world was round, they all knew there were seven continents and they all knew that the Light of Zohar must reach the entire world to ignite the Final Redemption.

This was all part of the process.