There is one War taking place throughout history for the prize of immortality. That war is between Life and Death. So far, Death has been winning this war. This is why Death is immortal and Death never dies. It’s up to Life to wrestle and win back the trophy called “immortal existence.”

In Kabbalah, “sharing” is called Life.

“Receiving for oneself alone” is called Death.

Each time we react and receive pleasure for our ego, we allow a small measure of death force into our lives. It accumulates. And soon enough, a tipping point is achieved.

When we win the war against our ego, which does nothing but incite selfish desire, we will win back the trophy and power called Immortality.

The key is sharing. Sharing without agenda. Sharing till it hurts like hell. And that is how we get to heaven on earth. It’s a paradox.

The ego must go, self-interest must be eradicated, NOT because of morals. That is ridiculous. They must go because the pay off and reward is the death of all Death.

The ego’s only hope to win this war, is to arouse your skepticism about this possibility.

THIS is why we find the idea of the death of Death so hard to digest and believe.

Kabbalah gives us the tools to win the war. Period.

There is no other reason to study Kabbalah and walk this difficult path in which we are tempted to quit monthly, daily, hourly. 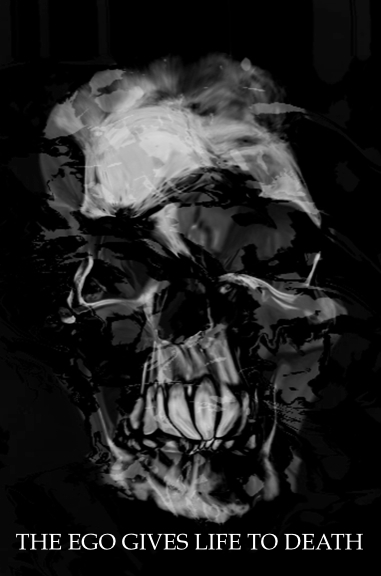