There once was an ancient King who had sworn to have a giant boulder thrown at his son when the young man had committed a grave sin. After the King’s anger subsided, he realized the boulder would kill his son. The King knew he had to fulfill this decree because his word was an oath and his bond.

The King consulted with a great Kabbalist about this dilemma. After speaking with the eminent sage, the King then broke up the boulder into stones and pebbles and then, one at a time, he had them thrown at the young man. This action fulfilled the decree yet it also saved the life of his son.

This is the power of Zohar.

All of us have decrees of judgement decreed against us from previous karmic negative actions. If these judgments strike full force, in equal measure to our negative deeds, we experience tragic pain. However, through our connection to the Zohar, the “boulders” destined to strike us in life are broken up into smaller pieces, and over time, these “pebbles” and “stones” are hurled at us. It’s painful, but not deadly. This is why we endure obstacles, challenges and pain on the path of Kabbalah. If a particular problem is persisting over a long length of time, it means that boulder was pretty darn large and there are a lot individual pebbles that have to be “thrown.”

However, if we appreciate that these are just pebbles, compared to the boulders that the rest of the world faces, our appreciation breaks up the pebbles into even smaller particles so that it’s merely grains of sand being tossed at us. 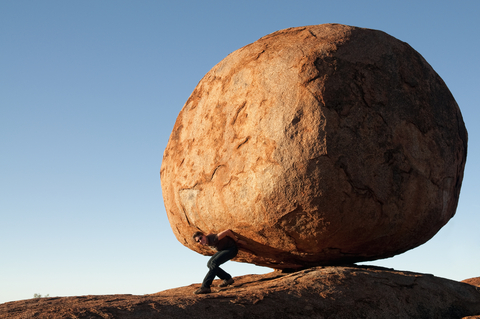